System level backups are pretty much something everyone *needs* to do. While windows has had a bit of a mixed history on this (The current system imaging tool on windows 10 is from windows 7), there’s excellent third party tools to do this.

I’m not really going to go into massive detail on these since these tools seem to be evolving quickly, and are pretty self explainatory. Veem endpoint backup is my current go to backup software. I run one backup a day, it does incrementals and automatically prunes excessively old backups. It *has* failed on occasion on my oldest active system (with 1gb of ram) so I would consider this unsuitable for such systems (I use macrium reflect free on those. Its not as elegant or simple, but it covers the gaps veem does). You can restore to a smaller drive with either tool – (I did my SSD migrations by restoring backups) by manually setting partition sizes.

Veem’s simple, elegant, and idiotproof in the 90% of situations where it works. As always *test* your backups, preferably to another drive *BEFORE* you need them.

It also only backs up to one location. One is none. I also like to have copies of music and other files that would be a pain to re-convert, but these do not need to be part of my boot/system image. I use bvckup2 for this. I used to run the beta (which was free) and bought a licence during a periodic sale. Its *awesome*.  I use this to sync a 100+gigabyte folder of music, a few hundred terabytes of backups (stored on a nas, and synced back to my desktop) so it handles big files, lots of small files and network shares great 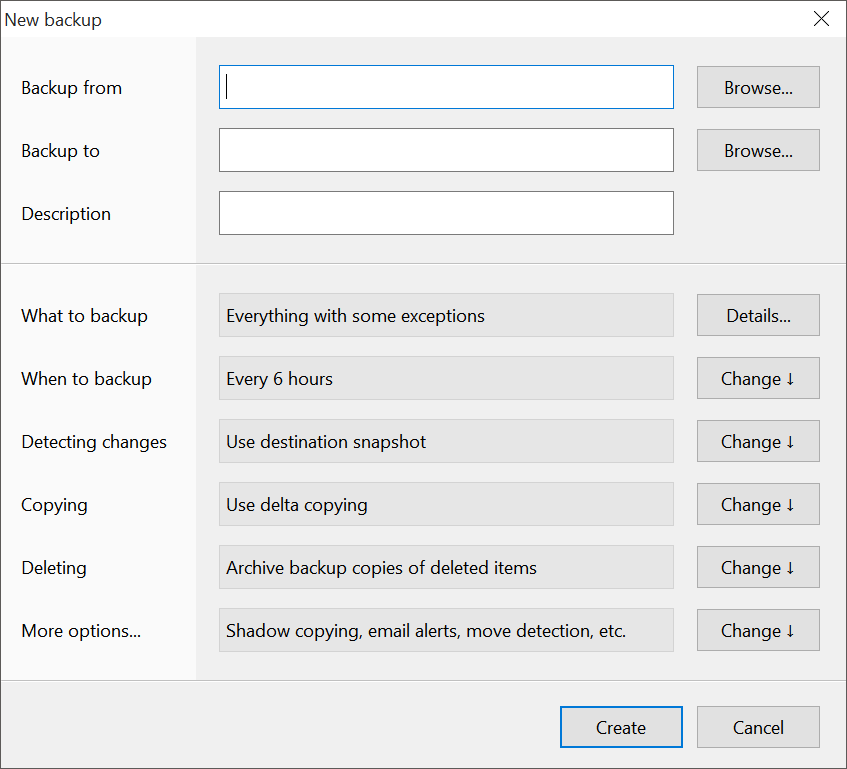 Set up the backup job here. You’d want to backup to an empty folder 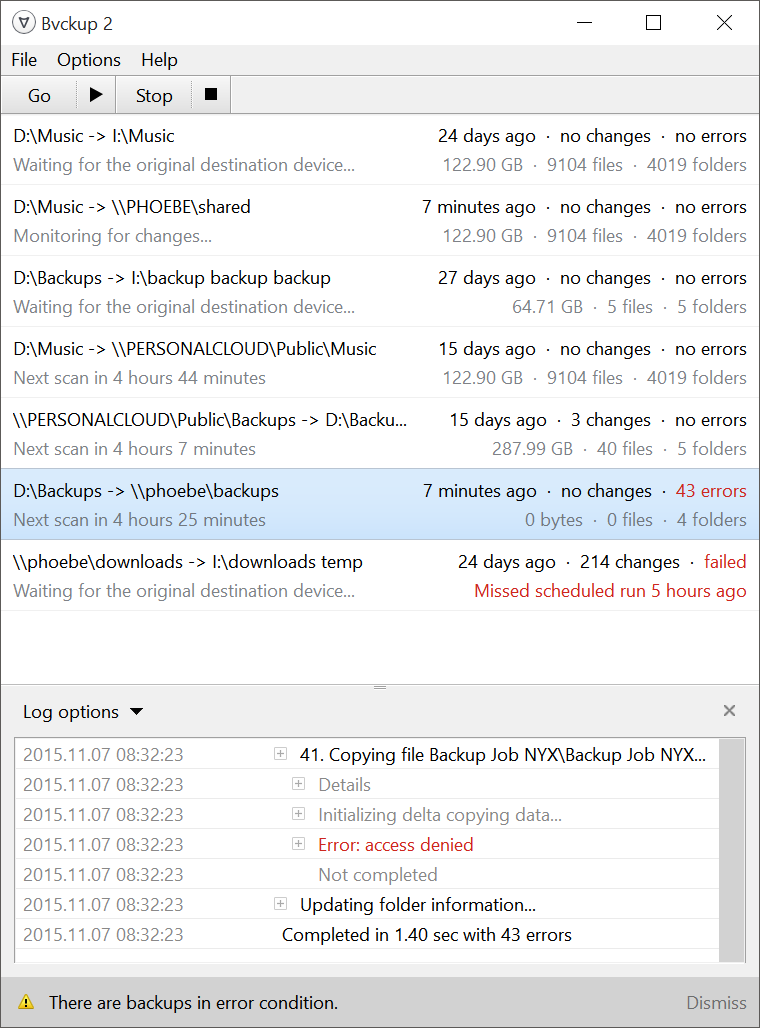 Nice simple interface, shows you when the task last ran of it it failed. I use this to backup my music folder (to 2 locations), and backups (ditto). Its *insanely fast* due to delta copying and other things and backups typically happen at close to line speed.  I set this up and as long as its running it quietly and unobtrusively backs up my files to other locations. In short, it does what it says on the tin.